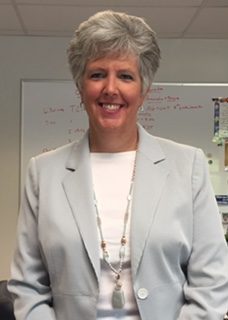 Two years ago, I was watching Sunday Morning with Charles Osgood, when a segment came on about a man named Chris Rosati. Chris is suffering from the effects of ALS. He was eating breakfast at a diner one morning when he was contemplating the butterfly effect with his family. The butterfly effect reasons that if a butterfly flaps its wings on one side of the world, its ripple effect can cause a hurricane on the other side of the earth. As he ate, he wondered whether or not the butterfly effect could be applied to kindness. In other words, could the effects of one kind act be felt across the globe? To test his theory, as he left the diner, he handed two girls each a $50 bill and asked them to do something kind with the money. Then he forgot all about it, until he received an email from a village in Africa recovering from the ravages of Ebola. Attached to the email was a photograph of children holding up a sign that said, “Thank You Chris Rosati”. It turned out that the girls from the diner had given the $100 to their father who was a member of Doctors without Borders. He took the money and bought food for the villagers to celebrate the fact that they had survived the disease.

Chris’ story deeply affected me. I could not stop thinking about it. Soon, my thoughts led me to question how I could continue Chris Rosati’s ripple effect of kindness in my school system. So, I brought the idea of offering a personally funded mini-grant program to my administrative team. My idea was to offer $100 to a student or group of students in each grade level 7-12 who had the best idea of how to spread kindness. My initial investment was $600.

We created a video message where I explained our Kindness in Motion mini-grant program to the students. We made applications available in the school offices and then we waited to see what would happen. Within days, our students began submitting applications with great enthusiasm. At that point, my administrative team jumped on board to donate more money toward the project. Soon after, we gained the support of one business and other donors until we had $2300 in grant money to award!

Students who were awarded a grant used their money in a few different ways. Some used it as seed money. For example, one group purchased items for a pancake breakfast. They worked together with a local fire department to put on the breakfast, and with the help of parents and the firefighters the students raised almost $3,000. They then purchased supplies for care packages that were delivered to the Connecticut Children’s Medical Center where they were distributed to children battling cancer. Other students used the $100 to purchase the materials they needed to put their ideas into action. For example, one group purchased dog themed books and created a library at an animal shelter. They then arranged for students in grades 2-4 to visit the shelter and read to the animals. The dogs benefited from the socialization and the students improved their reading skills.

There are so many examples of projects that our students implemented that benefited hundreds of people in a variety of ways. The projects ranged from very small acts, such as handing out flowers at a local store in an effort to give away a smile and a kind word, to an enormous effort of raising $16,000 to package 60,000 fortified macaroni and cheese meals for food shelters across
the state.

The students’ kind acts have reached well beyond our local communities. They have fed the hungry and clothed children in the state of Connecticut. They have sent school supplies to Gambia, personal necessities to Africa, dolls to an orphanage in China, children’s clothes, blankets and shoes to Haiti and donated rice to the United Nations World Food Program which feeds the hungry of third world countries.

There are too many beneficiaries of our students’ kind acts to name them all. But to provide you with a sense of their work, our students have assisted the elderly, our veterans, women living in half-way houses, children in need, cancer patients, the disabled, the hungry, animals living in shelters, neighbors, and their peers and families who needed assistance.

It is impossible to describe in words how much this program has affected those involved. I believe that most students are thirsty for ways to make a difference in our world. They do see the needs. I have found our students to be socially aware and determined to become changemakers. They feel driven to help and are confident in their abilities to do so.

When our students talk about their projects, they speak from their hearts. Their words have deep meaning. It is so obvious that they have learned a lot about their own strength in this process. Each student became a leader and connected with people in a new way. Their ideas were born out of the recognition of an existing need. They grew in appreciation of their own lives as they worked to improve the lives of others. This led to a new level of self-awareness and has driven a whole new desire for changing the world.

These projects have also affected local residents. One family has set up a Kindness in Motion scholarship program that offers two senior students $2500 to continue their education. They have donated enough money to keep those scholarships going for 14 years. This year, they will also institute a $2500 award to the student, or group of students, who have the biggest impact on the lives of others. It has been said that everything you give in life comes back to you. I will say that our students gave of themselves without any expectation of receiving something in return. I believe we have been blessed with abundance which will enable us to carry this project forward because of the spirit in which our students gave of themselves. Receiving this InspirEd grant award is further evidence of that abundance.

In closing, I will answer Chris Rosati’s question. Can the butterfly effect be applied to one kind act? The answer is a resounding YES! Students in Regional School District No. 7 have literally changed conditions around the world by putting Kindness in Motion.